This morning, I had Oats In a Jar.

And they were good.

Into the pot went:

Into the jar went:

I can’t get enough of the banana-nut-butter oats combo. I’ve been having it every morning for the last week, and it has not once gotten old (way to have some variety, Katelyn!). It’s fine.

If you haven’t tried Katie’s melted banana trick, hon, you are missing out. Try it. Now. (not to be bossy or anything 😉 )

But, onto other things!

You know that feeling where there’s just so much to do, but somehow not enough time in the day to do it? Or that weighted-down feeling you carry around when you’re just stressed?

I’ve been feeling ultra stressed lately, so I’ve been looking for some ways to de-stress. Such as:

Hot chocolate 🙂 The reason for the season, lovies!

Eating peanut buttah noodles while catching up with friends.. 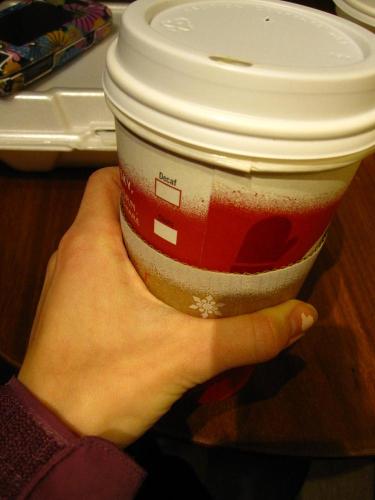 I am such a tea girl. I always have some tea in my favorite thermos! My favorites currently are Yogi teas and Tazo teas – especially their Refresh, Honeybush, and Vanilla Rooibos varieties. Keeps me nice and warm 🙂

And baking! Especially these Oatcakes: 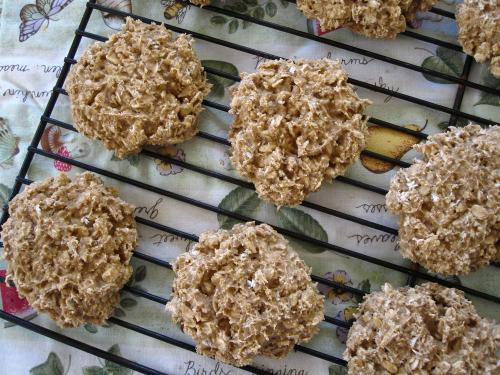 Expect a recipe soon! They were to die for – reminiscent of my childhood and perfectly moist. They were delicious by themselves (I scarfed them down, notabigdeal), but I discovered they were even more out-of-this-world with some good pb and apple butter. Mmm 🙂

Question of the Day: What’s your favorite way to de-stress?

Time for me to sign off, y’all – readings on the U.S. economy are calling my name! Enjoy the rest of your evening, lovlies 🙂